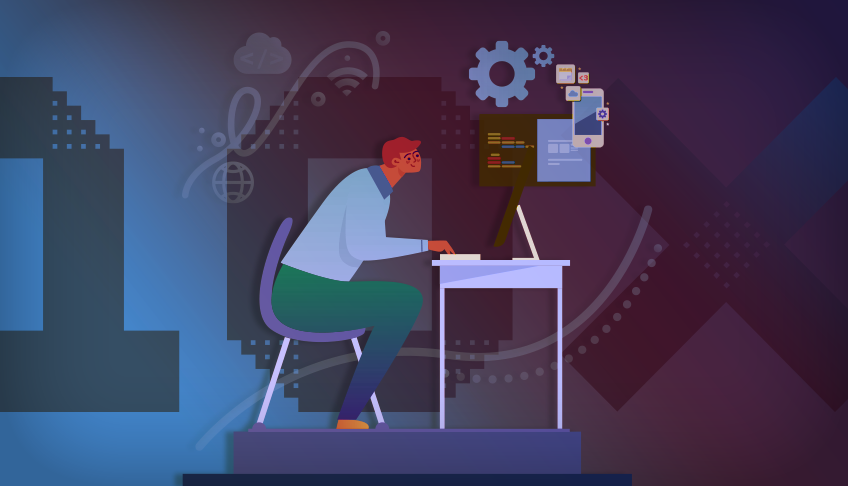 The “10X Engineer” Has Officially Become a Meme

The tech industry has long been a little obsessed with a certain type of engineer.

The tech industry is so obsessed with this idea that investor Paul Graham famously told the New York Times, “I can be tricked by anyone who looks like Mark Zuckerberg. There was a guy once who we funded who was terrible. I said: ‘How could he be bad? He looks like Zuckerberg!’”

This “Zuckerberg-type” has come to be known by another name: The 10X engineer.

But, this concept is mostly bullsh*t.

It’s been disproven in many cases and shown to be toxic both as a benchmark and as a goal for individual contributors.

Yet, it still makes the rounds. And a recent series of tweets–and the ensuing backlash–just reiterate the absurdity and unhealthy nature of the entire concept.

The concept of a 10X engineer is actually very simple: It’s an engineer who’s 10 times better at their job than their peers.

The idea isn’t new. It actually originates with a 1968 paper published in Communications of the ACM that presented data showing that the best programmers are 10 times better than the worst programmers.

The term reemerged online in the early 2000s, when tech journalists and writers started to explore whether it’s really possible for a software engineer to be 10 times better than the people they work with.

But the term has taken on a new life recently, especially after investor Shekhar Kirani posted a thread of tweets encouraging company founders to search for 10X engineers, because, according to him, a 10X engineer on staff can single-handedly increase a startup’s odds of being successful.

Here’s how Kirani said founders would know it when they found one of these must-have engineers.

If you’re raising your eyebrows at this list, you’re not alone.

It’s, at best, completely arbitrary (10X engineers have black desktop backgrounds?). At worst, it’s totally toxic (10X engineers don’t mentor anyone because it isn’t worth it to take the time to teach? Insert eye roll here).

As Kirani’s thread got more and more engagement on Twitter, people started to see his description of 10X engineers for what it is: bullsh*t.

Some people riffed on it with their own satirical contributions to the list.

Others tried to reason with Kirani, only to have him double down and say they didn’t understand 10X engineers because they haven’t ever found one.

The reality is that Kirani’s list doesn’t paint a picture of someone who would be a successful engineer. In fact, a lot of the traits he points to are more likely to mean the opposite.

The Problem with the 10X Engineer Meme

If Kirani’s tweets are to be believed, a 10X engineer sounds like jerk who’s married to their job.

He points to a number of traits — working at odd hours when no one else is in the office, avoiding meetings, refusing to mentor others — that would make this 10X engineer a terrible teammate.

Camille Fournier explores this in her book The Manager’s Path: A Guide for Tech Leaders Navigating Growth and Change. What she calls a “brilliant asshole” sounds a lot like Kirani’s 10X engineer: “That person you think can’t be replaced because he’s just so productive and so smart, but who isn’t a team player and makes everyone around him unhappy.”

Fournier’s advice? Nip this person in the bud.

But what’s even worse is how Kirani describes a 10X engineer as someone who lives, breathes, eats, and dreams about code. Work is this person’s entire life. They have no balance. It’s not a healthy way to live. In fact, there are a ton of very real health risks to letting work consume your life like this.

People who regularly work overtime have been shown to be more likely to suffer from poor sleep, depression, and anxiety. Other studies point to a link between long work hours and heart attacks and strokes. It’s estimated that healthcare costs associated with the effects of poor work-life balance add up to as much as $190 billion per year in the U.S.

Those are the scariest effects of poor work-life balance, and they should be enough to make any 10X engineer want to call it quittin’ time at 5 on the daily. But their bosses — the people who Kirani says should be seeking out 10X engineers and doing whatever it takes to keep them on board — should know that people who struggle with their work-life balance can also take their companies down with them.

Research shows that working more than 9 hours per day makes you far more likely to make mistakes, and any coder worth their salary knows that mistakes mean backtracking, which means lost time and productivity that the company will have to pay for. Working more than 12 hours per day, which Kirani makes it sound like 10X engineers would love to do, makes a worker twice as likely to make a mistake. If 10X engineers actually work around the clock, there’s no way they could be the best just because of the mistakes they’re bound to be making.

Plus, long work hours definitely don’t make for the best workers. Stanford economist John Pencavel studied the relationship between long work hours and productivity at length, and he found that if you’re working any more than 49 hours a week, you’re just wasting your time. At 50 hours, productivity takes a nosedive — at that point, whether you work 55 hours or 70, your output stays about the same. So a company that’s paying a worker for 10 or 15 or 20 hours of extra work each week is seeing virtually no benefit from that. 10X engineers who work extra hours are likely more expensive than their peers, yet actually no more productive than they’d be if they just worked the same 40 hours as everyone else each week.

Kirani’s idea of what a 10X engineer looks like — the meme-ified version — is nothing for engineers to strive for. But is there any merit to the idea of 10X engineers at all?

Rewriting the Definition of a 10X Engineer

To answer that question, we have to go back to the actual definition of a 10X engineer, not the meme that Kirani made it into.

The meme version of a 10X engineer plays up harmful stereotypes about engineers as a whole. It reinforces the trope of the nerdy, brilliant asshole. That character works just fine on Silicon Valley, but IRL, no one wants that guy on their team.

But an engineer who works hard with others, builds up their team and organization, and makes everyone 10X better?

Zuckerberg is not a \"10x Engineer\". Elon Musk is not even an engineer. Zuckerberg built the first version of FB which was little more than a simple CRUD app that did nothing more than allow you to post pictures of yourself. He got lucky by a confluence of events. Elon Musk doesn\'t actually develop anything and uses tax payer money to finance his companies. Stop giving these clowns credit they don\'t deserve.

Hi Christina, The original research showing that there are developers who perform 10X as well as the average developer has not been disputed or disproven. Code Complete 2 by Steve McConnell cites similar research findings. So to refer to this as just a meme or somehow ridiculous and false is a terrible mistake. Whether Shekhar Kirani has accurately identified the characteristics of the 10X engineer or not is open to debate, but his conclusions concerning them however they may be identified are accurate: 1. if you have one in your startup or business it has a higher chance of success and 2. it's hard to identify them much less keep them around.