Blog / Time To Code / Agile Software Development Is Not Dead 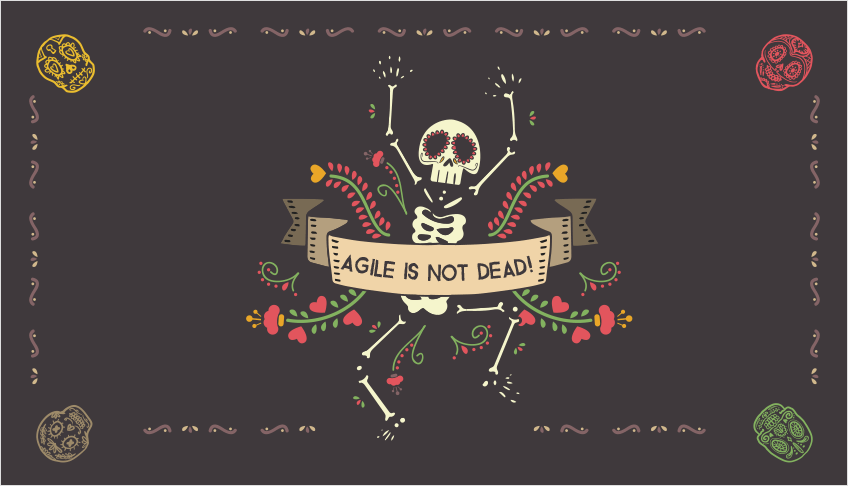 Agile Software Development Is Not Dead

The sky is falling. Or so they would have us believe.

It seems that every few months, there is some new trendy “prediction” about the future of the world. It might be about the role of software in our lives, how AI will impact jobs, or any other number of things. Usually the predictions are dire. This will die, that will collapse, and we’ll all be helpless to stop it.

One weird prophecy that’s been floating around the world of software development for some time goes like this: Agile is dead.

On its face, this seems to say that agile software development, as a practice, is not going over well. People are moving on. They’re going back or inventing some new approach to building products.

But, let’s unpack it a bit more.

The idea that agile methodologies were dead first started to get some credence when Dave Thomas published a seminal article on the topic back in 2014.

Unfortunately, a bunch of people missed the whole point of the piece.

Even if you look at the full title, it becomes fairly obvious that there’s more than meets the eye. The full title, “Agile Is Dead (Long Live Agility)”, points to the fact that the author is not advocating for a reversal or pivot from agile methodologies.

The point wasn’t that agile methodology is somehow no longer viable or preferable. But, that people need to stop coopting the term. Too many companies and teams claim to be “agile” but fail to truly implement a culture shift that it requires.

(To be fair, he also pointed out that “Agile” shouldn’t be a noun–but really an adjective. The grammatical thing was a secondary point to the larger problem.)

But, because of this bold declaration (and people seeing the headline but not actually reading the article), many have gone on to assume that somehow agile software development was dying or in decline.

People have taken it and run.

And they’re gone on to write way, way too many articles on this topic. 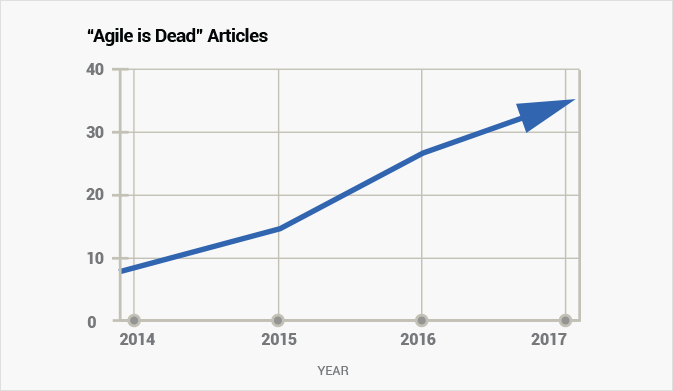 But, let’s not kid ourselves. The data is clear.

While there has been a huge influx of think pieces on the “death of agile”, the reality is that agile software development is continuing to grow in popularity. It’s not preferred by everyone, but it is certainly not dying in any sense of the word.

According to Google, there are some 90,000 searches per month on the topic of agile software development and that number is continuing to rise every year. The highest volume month for searches on the topic in the last 5 years just happened in February of 2017.

In a sentence: Agile software development is not dead. It’s growing.

But it’s important to keep in mind that it’s one thing to say you’re “agile” and to follow a SCRUM playbook. It’s something entirely different to understand and implement a set of agile principles across your organization, where you embrace the full values and mindset of agility.

Take a hard look at your own organization.

Is it truly agile? Or is it just following an “agile” process?

These two things aren’t always the same. And how you embrace agile methodologies can make a huge difference for your entire organization.