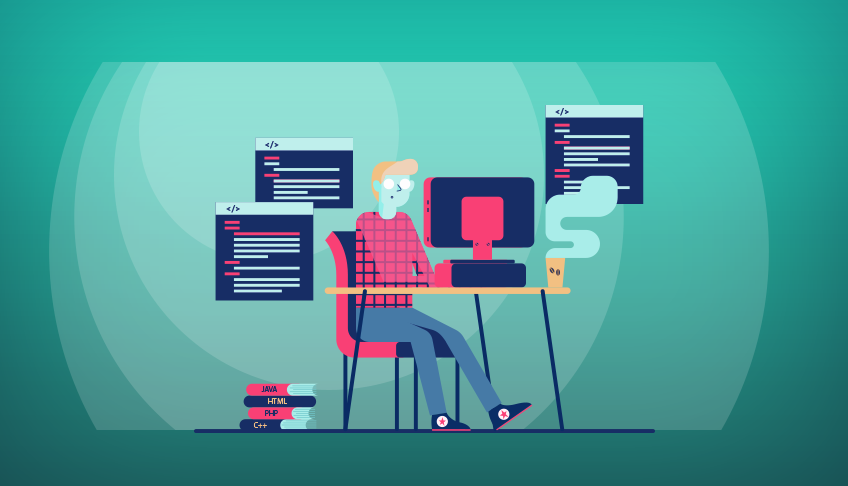 Jack Welch, the chairman and CEO of General Motors who took the company from a modest success to an international household name, had this to say about his preferred style of managing his employees: “Communicate your ideas, distribute resources, and get out of the way.”

In other words, Welch gave his employees a ton of autonomy, and under that philosophy, GM flourished.

If you’ve been reading our blog for any length of time, you already know that the best engineers have a lot of skills and attributes that have nothing to do with actually writing code — it’s the soft skills and the personal and professional development skills that make developers stand out from the crowd. Autonomy is one of those, but it’s also something managers should understand and embrace.

Striking the right balance between giving your coding team the autonomy that will push them to the next level while providing the structure and direction they need to stay on task can be tough. But it comes with a ton of unexpected benefits that will make your entire organization stronger — if you can pull it off.

Read on to learn all the benefits of encouraging autonomy on your teams, and how to find that tricky balance between autonomy and structure.

Autonomy has its root in Greek, meaning “self-legislature” or “self-governance.” And in the simplest sense, that’s what it is. Autonomy is all about a person’s ability to make their own choices according to their values and interests.

In the workplace, that can look like a lot of different things. It could be employees with flexible hours who set their own schedules. It could be project leaders who choose what problems they want to tackle and when. It could be managers who, as Jack Welch put it, give their workers the tools they need to succeed, and then step out of their way and let them do awesome work.

Imagine working as an engineer and being given a pain point to solve, but other than that, having total freedom. You can schedule your day how you’d like to, working during the hours you feel most productive. You can apply whatever problem-solving framework you love and design the solution you think is best.

And then you get to build it.

We probably just described a lot of developers’ perfect day.

Now imagine working as an engineer and being given a pain point to solve, but also a step-by-step directive about how to do it. You’re required to be in the office by 8 a.m. for a meeting about the problem where someone who doesn’t have your job tells you how to do your job, and then, as you’re trying to do it, a project manager is breathing down your neck to make sure you follow those directions exactly.

What Makes Autonomy So Important?

Why is autonomy so important to engineers — or anyone, for that matter?

Well, for starters, research shows that giving workers autonomy can boost a company’s success overall. An LRN study released at the World Economics Forum found that companies whose employees reported they had “high levels of freedom” were up to 20 times more likely to be successful than companies whose employees reported having less freedom. That’s a solid case for giving your people some autonomy right there.

But aside from benefiting the company, autonomy is great for individual workers, too. Employees who have that freedom tend to be happier, more motivated, and more engaged. They also report less stress and better health.

They tend to be better problem solvers and critical thinkers, since they have the freedom to figure out how best to do work their own way, rather than having to follow rote instructions.

Why Autonomy Matters for Developers

If that theory is to be believed, autonomy is an important part of anyone reaching their highest potential. But for developers, autonomy can be especially beneficial for a few different reasons.

Giving a developer autonomy in their work allows them to take full advantage of a wide range of tools and frameworks, as well as open-source software that’s available to them. When they feel free to use whatever tools they think might be helpful to do a job, they’re likely to use more resources, resulting in a better end product than they could have created solo.

Additionally, removing bureaucracy and other barriers that prevent engineers from being able to ship their code means they simply get projects done faster. Giving them freedom to decide when and how they perform their work lets them work when they’re most productive and inspired, which can also boost productivity.

How To Promote Autonomy In Your Workplace and On Your Team

Convinced that the benefits of autonomy could make your workplace or team even better?

For managers of engineers, promoting autonomy at work means finding a balance. The key to striking that balance? Don’t tell your people how to do their jobs. Instead, give them things like strategy, deadlines, and benchmarks for success, and then let them determine how to get the work done. This gives both employees and their managers more autonomy, since it frees up the managers’ time for more big-picture, strategic work.

A few other important things to note are that autonomy means freedom to get the work done, not to miss deadlines. You’ll still need to hold your developers accountable for getting sh*t done while they’re doing it their own way.

Still not sure how you can promote more autonomy in your workplace? Try these tips.

Seek Out People Who Believe In What You Do

Your developers will never be highly motivated if they don’t believe in their work, which is why it’s important when hiring to look for people who are on the same page as the company. Employees who believe in what they’re doing will be motivated beyond just their paycheck, and that motivation will spur them to work more autonomously.

One key to autonomous workers is workers who are invested in both their own success and the company’s. Hiring the right people helps, but one other way to help promote this is by giving developers ownership of their own projects and their own success.

Build a Culture of Trust

Your people can’t work autonomously if you don’t trust them to do their jobs and do them well, which is why a culture of trust in your workplace is an important building block for a more autonomous team.

Understand What a Manager’s Real Job Is

A lot of managers fail to understand one really important thing about the job: They think they should be managing tasks and projects. That’s a recipe for disaster if you’re trying to create an autonomous workplace. A manager’s actual job is to manage people, which means giving them what they need to flourish and succeed without your constant direction or oversight.

Know That There Are Many Paths to Every Solution

Another mistake managers make is assuming they know the only and/or best way to get a job done. In reality, though, a manager’s way is rarely the highway. If you want your developers to be autonomous, you have to understand that they’re likely to come up with ways of doing the job that are different from how you’d do it, and that’s totally OK. Everyone works differently, and letting your developers forge their own paths is key to their autonomy — as opposed to telling them how to work, which is the opposite of autonomy.

Keep a close eye on your team’s pace, and make sure they’re not being pushed to hit unreasonable deadlines or pump out too much work too quickly. One key to their ability to work autonomously is having the time to come up with creative solutions to problems, do some trial and error, and think critically to find the best path for them to the desired outcome.

Recognize Your Team’s Efforts — Even If They Fail

Something to recognize if you want to foster an environment of autonomy is that developers won’t always nail it when they have the freedom to solve problems their own way. It’s possible that they’ll miss deadlines or fail to deliver solutions sometimes, and it’s important to also create an environment where it’s OK for them to try something creative that might not work out exactly as planned. If it’s a pattern, then it’s time to look at how they’re solving their problems. But if they miss the mark just from time to time, the level of freedom you’re giving them is likely just right.

Time tracking tools shouldn’t exist for managers to use them to babysit developers.

7pace Timetracker is the time tracker that independent, autonomous developers can use to become better at their jobs. That’s because it tracks useful metrics that can help you constantly help you improve your skills, productivity, time management, and more. Plus, it integrates directly into Azure DevOps and Azure Boards. Try 7pace Timetracker today and see how it can help you gain the autonomy every developer wants and needs.