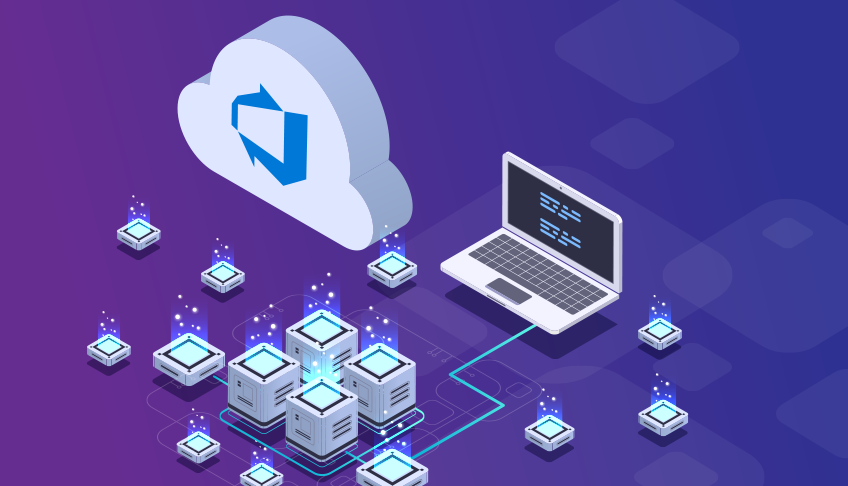 Most Teams Aren’t Using Azure DevOps to Its Full Potential

Many engineering teams may already use Microsoft Azure DevOps.

But are they really getting everything out of it that they could?

What many teams aren’t aware of is that Azure DevOps comes with an absolutely massive directory of tools and services that make it as easy as possible for any business to migrate applications to the cloud.

And while many businesses still have concerns about moving to the cloud—questions about network security, availability, and potential downtime are still cause for plenty of hesitation—the future is indisputably cloud-based. Organizations that are still holding tight to their existing tech risk being left behind as that infrastructure becomes more dated, practically by the minute.

That’s where Azure DevOps comes in.

But even teams who have already harnessed the power of Azure DevOps could probably be getting so much more out of it.

Why Do So Many Software Teams Use Azure DevOps?

Let’s start with the most basic of questions.

Teams looking to move from an on-premise data center to a cloud-based solution have plenty of options. So why do companies like Orange, Hewlett-Packard, BMW, and GE all choose Microsoft’s solution?

Maybe it’s some archaic requirement that’s locked you into using Microsoft products for all of eternity. Or, maybe (and more likely) it’s because Azure DevOps just does all of the stuff you want it to do.

That’s the case for most companies.

One of the biggest advantages to using Azure DevOps is the ability to scale up your data storage capabilities at any time. Compared to the more old-school practice of using a static data center, which would require new hardware, OS purchasing, provisioning, and deployment.

Azure DevOps gives teams more modern flexibility for adding and scaling infrastructure on the fly, allowing them to keep moving forward all the time.

Azure DevOps doesn’t only make it faster and easier to scale—it makes it cheaper.

On-premise data storage comes with so many costs: Routers, load balancers, IT expertise to run and maintain all the necessary equipment—in no time at all, it can add up to thousands, or even hundreds of thousands of dollars, plus ongoing costs for payroll. But by leveraging Microsoft’s massive global infrastructure (and not to mention their expertise), teams can dramatically cut their IT budgets..

With technology, it’s impossible to completely avoid down time and other disasters.

But with the high-speed and geographically decentralized infrastructure of Azure DevOps, you can know that you have far more options for disaster recovery, making the process simpler and much faster—think recovery periods that last minutes or hours instead of days.

Tools like redundant sites that can run your critical applications and data during downtime help mitigate the costly effects of any type of disaster.

Now each of these factors on its own is important. But the real reason that companies use Azure DevOps is because they think it’s the tool that’s best suited for helping their engineering teams get work done.

But, that only happens if teams are using their tools in the right way.

Even with its massive directory of tools and seemingly limitless customization, Azure DevOps isn’t always used to its full potential. Could your team be getting more out of Azure? Probably.

These tips will help maximize the value your team gets from Azure.

Give Your DevOps Team Plenty of Time to Learn the Ropes

When it comes to deployment preparation, the DevOps team needs just as much time as the deployment team. Bringing your DevOps team in early gives them time to prepare, to plan, and to deploy several times before your solution goes live.

Over time, your DevOps team will learn and grow and become more efficient. But in the beginning, that extra time is crucial for getting the team oriented and set up.

Plan Ahead for Maximum Strategy

Having a strategy in mind all the way from the early stages of your project will save your team from a lot of headaches down the line. This means multiple layers of planning—you need strategies for artifact naming, monitoring/logging, security, scaling, backups/reliability, even change management. Plan them all to the furthest extent possible between all stakeholders, including you development, DevOps, and other teams.

Have a Protocol for Deployment

Your DevOps team should quickly establish a deployment cadence. In other words, they should be able to deploy anything to any environment at any time. Establishing a protocol or cadence for deployment lets the team practice the processes, which means everything will run smoother later down the line. As the team is building their protocol, they should encounter, address, and resolve and issues they have with the process.

Be Able to “Undeploy”

Only Let Your Core Team Into Azure DevOps

Is there anything worse than having a build or deployment fail, and then finding out it’s because somebody popped in and made a “tweak” without telling the DevOps team about it? With Azure DevOps’ security features, you don’t have to worry about that happening.

You can give access to your Azure DevOps site only to the core DevOps team that needs access. Anyone else on your team can access their own deployments through Azure DevOps security groups.

Learn Your Way Around the Azure DevOps API

Azure DevOps API is easy to access via simple tools, and it can kick off build and deployment processes or give you tons of information about the platform as a whole. It’s a powerful tool, and spending some time learning how to use it will result in all kinds of new ways your team can be even more productive.

Deploying to the cloud means trusting in a platform that is constantly changing and improving. Most of these changes make the cloud better, but you have to keep in mind that using Azure DevOps to its full potential means being flexible and always ready to learn about new tools, changes, and improvements your team can take advantage of.

The best way to do that?

Have a strong DevOps team that’s curious, motivated, and collaborative, so your team is always ready to handle new changes.